The first LMD issue of 2019 will be finished two weeks from now. In the meantime, check out a few extra photos from the 51st annual Snowball Derby December 2 at Five Flags Speedway in Pensacola FL. Thanks to our contributors Buddy Bryan, Kim Kemperman and David Kranak.

Chris Davidson (right) and his adviser Mike Garvey chat before the last chance race. Davidson won that consi and ran as high as seventh in the main event. (Jim Carson photo)

Fred Nason, who owns Nason’s Landscaping which is a longtime sponsor of racing in and around northern Illinois, pushes his grandson through the infield. This was the first Five Flags Speedway visit for Fred and his son Austin Nason, who competed in his first Derby. (Jim Carson photo) 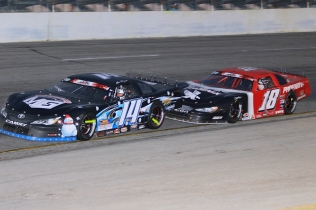 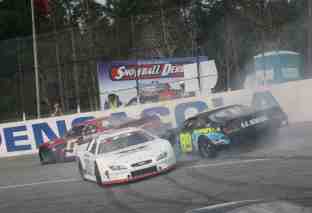 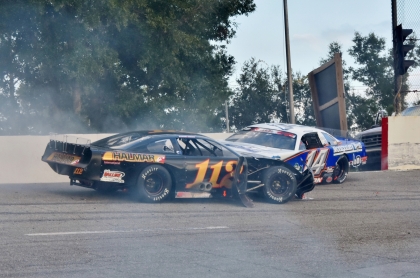 Stewart Friesen (112) and Austin Nason get tangled up in an early accident in turn two. (Kim Kemperman photo)

The front 12 rows of the grid line up for their pace laps. (David Kranak/ Impact Zone Photos)