The latest issue of Late Model Digest, featuring the coverage from the World Series of Asphalt Stock Car Racing at New Smyrna Speedway, has been released. It will be made free for everyone; just contact us through this website or the LMD Facebook page and we’ll zip it to you. All subscriptions will be extended by two weeks.

It’s possible that the scenes at Speedweeks can’t be properly shown in just 32 pages. Here are some extra looks at the New Smyrna festivities; click on the photos for descriptions and credits.

Enjoy the upcoming season, everyone!

Travis Kvapil (left), the father of Super Late Model teenage star Carson Kvapil, chats with Dean Strom, who had some announcing duties over the weekend at nearby Daytona International Speedway. Strom was the PR director of the old NASCAR Midwest (RE/Max Challenge) Series when Travis was a regular competitor in 1998-2000. 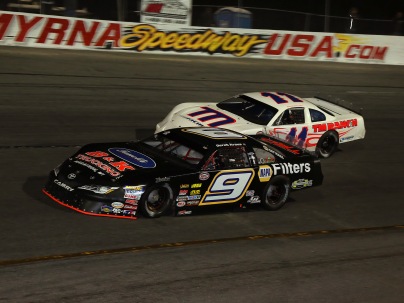 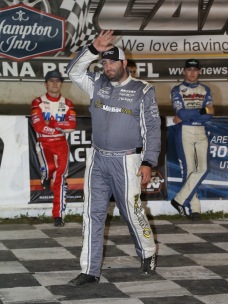 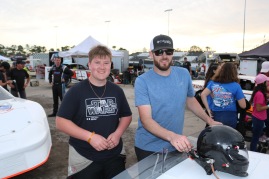 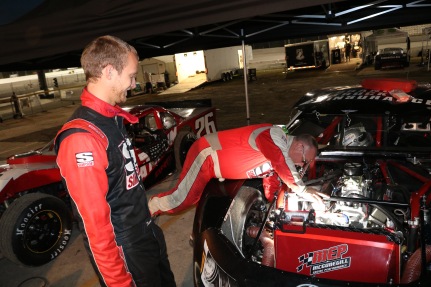 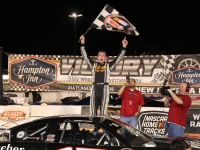 Derek Griffith emerges from his car with a victory in the 100-lap Super Late Model finale. (Michael Fettig/ actionshotsphotography.com)

Chance Jewels spins to the inside of the half-mile as Jerick Johnson (76), two-time Pro Late Model podium finisher Loris Hezemans (5) and Dalton Smith speed past him. (Mike Lysakowski/ Motorsport Aspects) 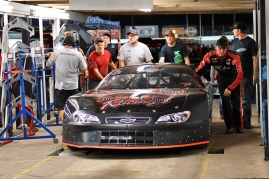 Jeremy Miller pushes his car through part of the tech line. Miller won two Pro Late Model races but had one taken away because of a body panel measurement violation. (Kim Kemperman photo) 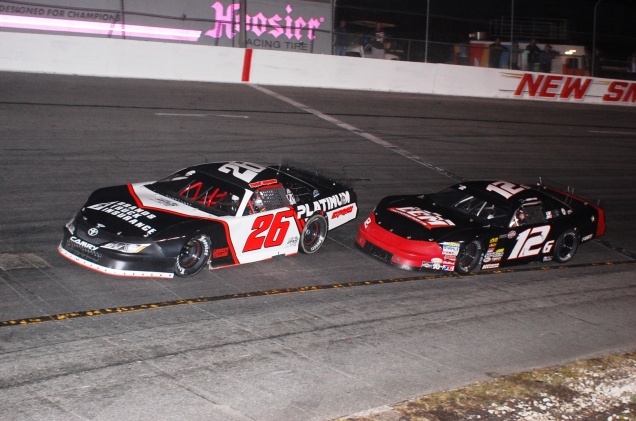