It’s one day later than promised, but we hope it’s worth it for you. Here’s a final look from LMD at the 54th annual World Series of Asphalt Stock Car Racing, run Feb. 7-15 at New Smyrna Speedway in Samsula FL.

Obviously the Speedweeks festivities were the focus of the most recent issue of LMD (if you haven’t seen it, click on this link or paste it into your browser: online.pubhtml5.com/fpdm/rckf/

We couldn’t include many of the photos sent to us throughout the week, so here are some more, thanks to longtime contributors Michael Fettig, Kim Kemperman, Mike Lysakowski and Todd Ridgeway.

Enjoy the rest of your winter! 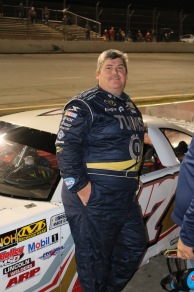 Pro Late Model driver Phillip Bessette was among the veterans happy to just make laps, often near the back of the field (Jim Carson photo)

Derek Griffith and the LCM Motorsports crew, plus his girlfriend Emily Lanpher, were the top darlings of Speedweeks, with his Super Late Model championship and his second-place finish in the ARCA Menards Series East race in his heavy-car debut (Kim Kemperman photo) 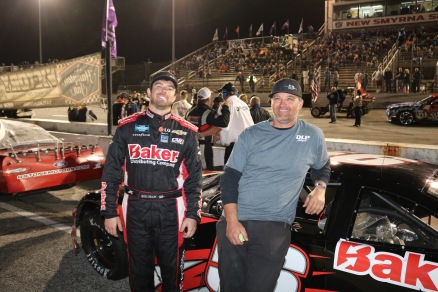 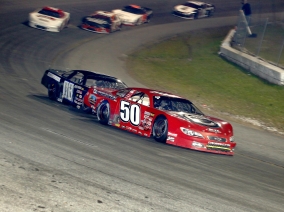